On the occasion of the 15th anniversary of ACOME's establishment in Wuhan, Hubei, China, the teams inaugurated a second plant in the presence of local authorities and their main customers, partners and suppliers.

Guests were able to visit the two industrial sites, less than 2km apart, and discover ACOME's know-how and technical expertise. An open house was dedicated to welcoming employees and their families.

By deploying an additional area of approximately 8000m², ACOME is doubling its production capacity of power cables for electric and hybrid vehicles in China. The proximity of the two sites allows industrial flows to be optimised.

The Group, which has been present in China since 2003, is thereby confirming its desire to support the Chinese automotive market through its period of growth and transformation. 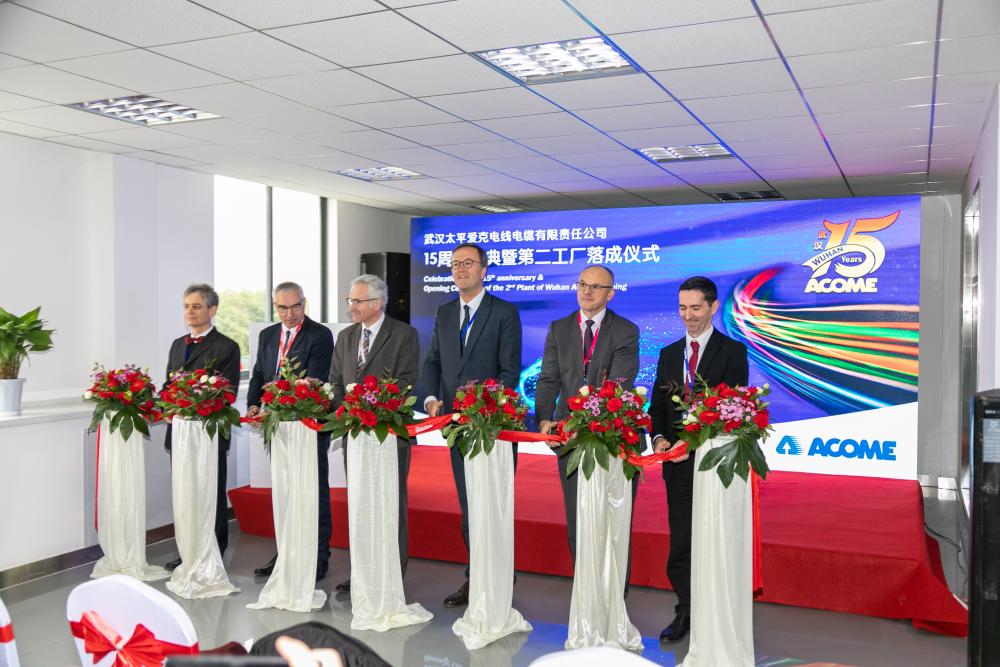