Group
A grand celebration brought together 4000 guests in Mortain, France.

For its 85th anniversary, ACOME opened its doors to a huge audience from nearby and around the world. They (re)discovered this deeply-rooted French industrial group operating on four continents, proud of its SCOP (cooperative and participatory company) status and technological expertise, in which sustainability joins with innovation. 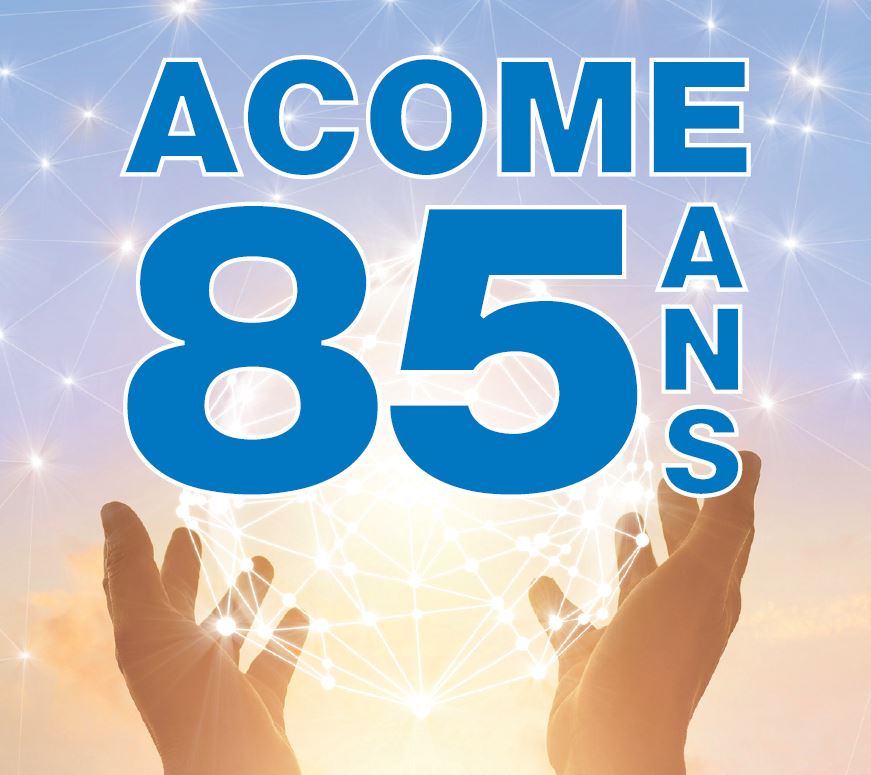 In 2017, the parent company of the ACOME Group celebrated its 85th anniversary. A grand celebration brought together our colleagues, families and retired members of staff, not to mention the many representatives of our French and international subsidiaries and our local economic partners, who gathered at the Mortain site for this general assembly. The occasion provided a special opportunity to take pride in the company’s journey to date, and offered a glimpse into its future in the presence of four generations of visitors.

A brief review of 85 years of history

Founded in 1937 by Electrocable in Argenteuil as a “SCOP” (cooperative and participatory company), ACOME established itself in Mortain, Normandy, during the Second World War. The factory at that time consisted of a modest building, which miraculously withstood the bombardments of 7 August 1944.

The SCOP's management and employee-owners tirelessly grew their small company, which underwent its first industrial revolution in 1950 with the transition from textile to plastic sheathing. ACOME would then become the first cable company in Europe to master the irradiation technique... Before going on to create many other technological innovations.

For the past 85 years, ACOME has supported society's changing uses of technology: from telephones to fibre optics and ultra-fast broadband internet, the wild quest for interference suppression in 1960, and the rise of the automotive industry.

To support this fast-growing market, ACOME built new production sites near its birthplace. Today, the traditional site in Mortain-Romagny comprises six factories and a Research and Technology Centre. In parallel, ACOME set up new industrial operations to provide its customers local support, first in Brazil, then in China and finally in Morocco, and acquired French companies that complement its lines of business.

A photo exhibition highlighted the major steps in the ACOME Group's development. This moving look back evokes the company's journey to date and its long-term viability to better glimpse into its future.

Proud of our cooperative status

ACOME is the largest employee-owned cooperative and participatory company in France in terms of turnover and the number of shareholders. This cooperative status has forged the Group's identity and strength. It reinforces the viability of the Group given that it establishes a strategy based on a long-term vision. This status federates all ACOME’s employee-owners in France, and the values of commitment, excellence, respect and solidarity are widely shared by all subsidiaries. These are the values that have made the Group successful for the past 85 years and which enable it to look forward to the future with confidence.

Our cooperative values and status were on display at the "Cooperative Business” stand presented by ACOME and the Western SCOP Regional Union.

The celebration of ACOME's 85th anniversary, together with the open house, offered the Group's teams an opportunity to meet and build stronger bonds. In addition to renewing their sense of belonging, it was an occasion for teams to take pride in being part of ACOME. Employees in France, China, Brazil, Morocco, Germany and Italy all share the Group’s values, expertise and activities.

Marked by their conviviality, the celebrations were a great success, thanks in particular to the participation of 4000 visitors. “It was also a special moment that brought employees and their families together and strengthened the Group's bonds thanks to the numerous teams present from all our subsidiaries” noted Jacques de Heere, Chairman-Chief Executive Officer of the ACOME Group.

The open house strengthened the company's image as an innovative and aggressively expanding international industrial group, one which is rising to meet the challenges of an increasingly connected world. Naturally, it was a moment of exchange and bonding between generations, from elders who visited the site with the keen eye of a professional, to youth who discovered the working environment of their parents.

This event allowed everyone to discover the Group's activities in an original and lively way, thanks to an immersive 360° experience showcasing the factories. A miniature train offered tours of the industrial site’s 42 hectares. 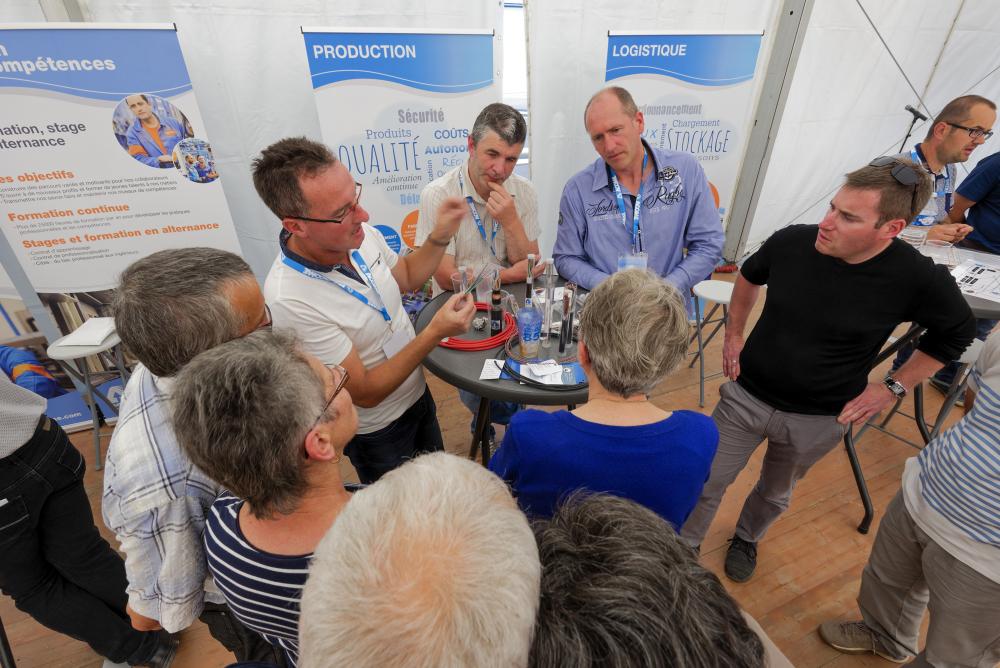 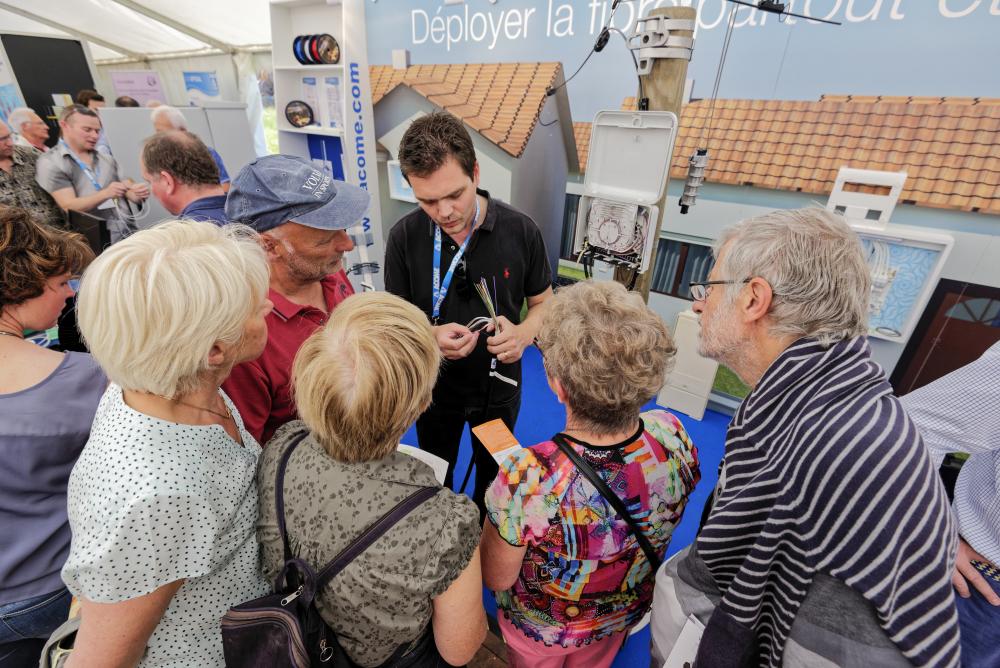 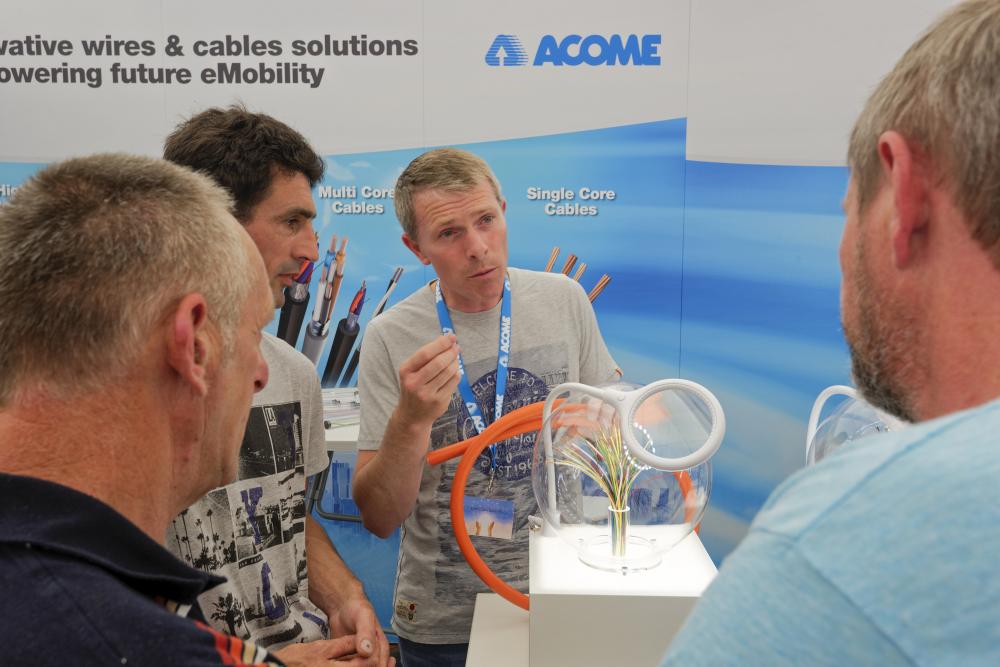 Finally, the Skills forum focused on demonstrating the development, diversity and technicality of the Group's areas of expertise by highlighting efforts made to provide varied and motivating careers to employees, transmit knowledge, train young talent to meet market needs and ensure the long-term viability of our activities. All with one goal: to inspire future callings.

Commemorating ACOME's 85th anniversary was a great way to celebrate the company's sustainability and envision its future.
And if we look at 2020, ACOME will be an open and supportive group, which means getting closer to customers, in particular the Telecom, construction and automotive industries, with convergence between our different activities growing increasingly important.
Jacques de Heere - Chairman-Chief Executive Officer - ACOME Group